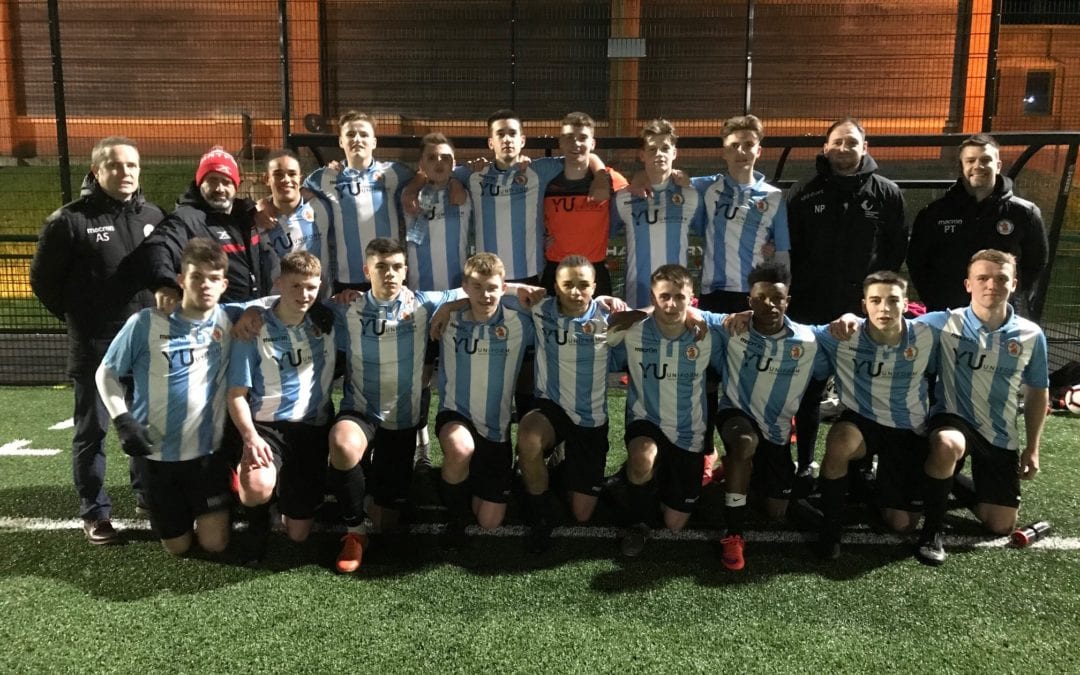 Exe Mortgages in Ottery St Mary is putting its money where its mouth is by sponsoring a young
goalkeeper who has his sights set high.

Will only started playing in goal when he was 12 and has shown an impressive natural talent for the
position. He first played football at Honiton Town in 2012 and after a spell as centre midfield, had the chance to step up when the team’s goalkeeper broke his finger.

With the support of others including Stuart Ward, Alex McCreadie Taylor and the other team
coaches, Will gained the confidence to play at a higher level. He left Honiton after three years,
moving to Feniton and Exmouth U18s for the following season.

He said: “Having won three trophies, the League and gone unbeaten with Exmouth, as well as doing well in the league and getting into a final with Feniton, I had decided to apply to specialist sports college Hartpury.”

Since arriving at Hartpury, Will has played eight first team games as well as several for the second
and third teams, signing for Gloucester and Axminster along the way. With all this activity, the
coaches at Exeter City heard about this talented young player and asked him to go for a week’s trial.

Exe Mortgages Managing Director David Grimshaw, who coached Will during his time at Feniton,
said: “He’s an awesome goalie and I’m delighted to offer support through sponsorship.
“There’s a great future ahead for him, with a combination of effort and some good breaks.”

Will has recently had a second trial week with Exeter City. He added: “It’s really nice to finally be getting some recognition for the work I’ve put in, as well as continuing to play at higher and higher standards. I’m very grateful to anyone who has been involved in the football I’ve played so far, of which there are way too many to list! I’m really looking forward to whatever comes next.”