A day with Man United 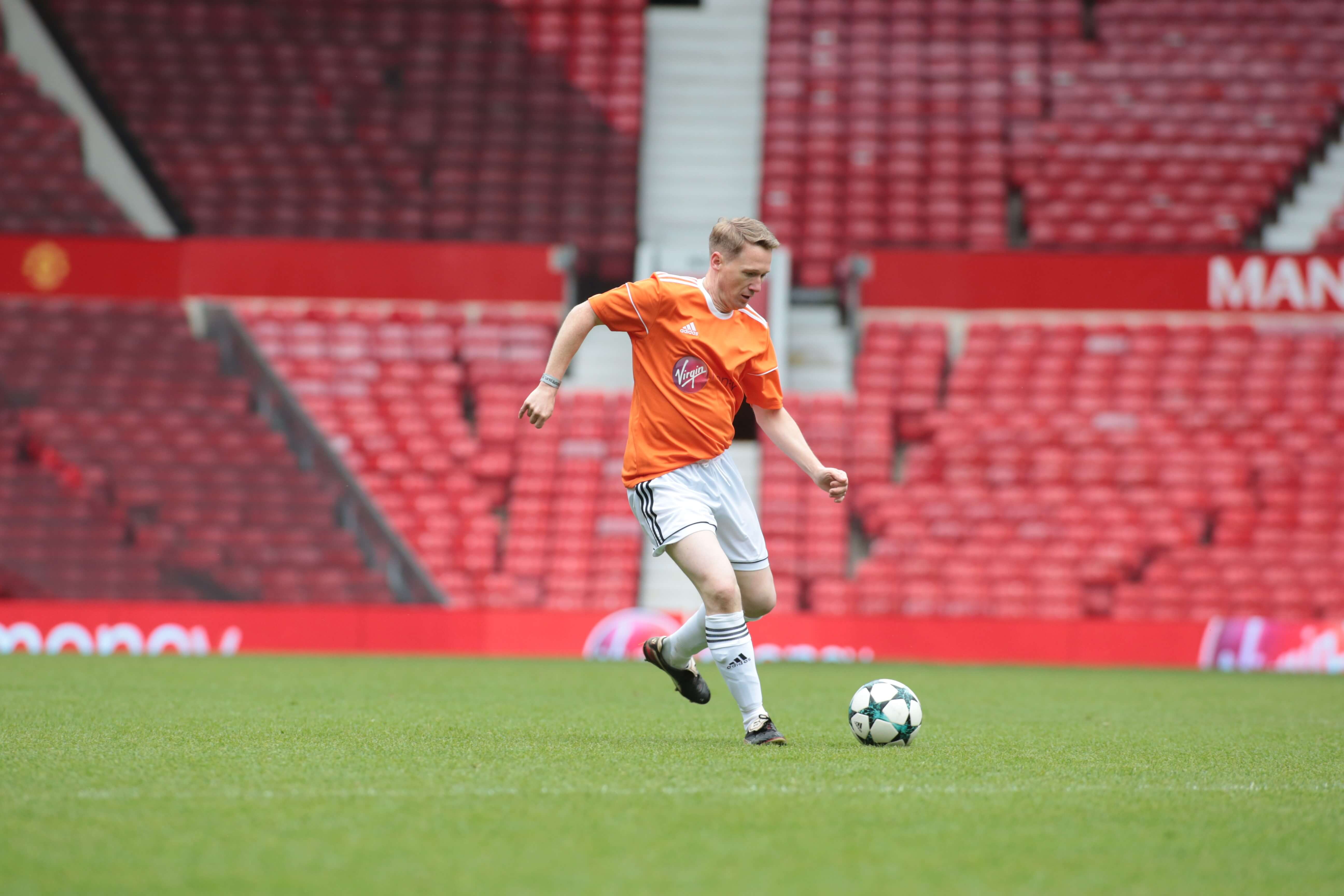 Exe Mortgages MD David Grimshaw was over the moon when he was given the opportunity to play at Manchester United’s hallowed ground.

He was one of just 48 applicants selected by Virgin Money to take part in the ‘Play on the Pitch’ event at Old Trafford.

The only player from Devon, he was chosen after submitting an entry outlining his work as a volunteer coach for Feniton U15 youth football team. In it, David explained how coaching helps him to forget the day to day pressures of running his mortgage business and achieve a balanced state of mental health.

Arriving at Old Trafford, David joined a team of 12 for a two-match contest, playing in defence and contributing some masterful tackles – and giving away a penalty.

David said: “There was a wide range of ability amongst the players on the pitch. Some were obviously very skilled – one is a player for FC United of Manchester – while others were less experience and there just to have fun.”

A real bonus was the presence of former professional football players and Manchester United legends, Andy Cole and Denis Irwin who acted as the directors of football for the day. Denis coached David’s team who finished in third place, having lost their first game and won the second.

“I would have liked the team to have come first, but at the end of the day I was just delighted that Andy and Denis signed my shirt!”

David thoroughly enjoyed the whole experience, saying it was amazing to have the chance to stand in the tunnel at Old Trafford with the Champions League music blaring out and then to walk out on to the pitch. He also mentioned that walking on the pitch was like walking on carpet, so well-kept is the grass.

Using the ground’s changing rooms gave the visitors a chance to have a quick snoop at the set up. He revealed that the away changing room had slightly less mahogany than the home changing room!

David is planning on applying for next year’s event, though this time he says if he gets in, he won’t be giving away any penalties.